“Best Film on Matters of the Black Experience” 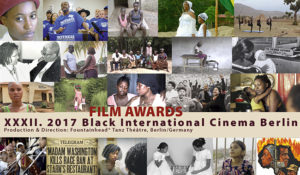 Chairman Jones–An Improbable Leader  is invigorating audiences all over the place.   Next stop…CayFilm International Film Festival,

Sponsored by Durham Tech’s Social Science/Humanities Speaker Series and the Center for Global Learner, Chairman Jones Screens at GlaxoSmithKline Technology Center, Room 100, Thursday, April 13, 2017 at 12:30pm. This event is free and open to the public. 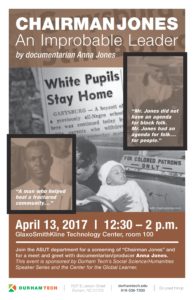 Chairman Jones had two well-attended and very successful screenings–March 30th and April 1st, 2017– at the RiverRun International Film Festival in Winston-Salem, NC.   Chairman Jones sparkled at  Hanesbrand Theater, a wonderful screening  venue with high quality video and audio projection, where every seat has an excellent view of the screen.

Attendees said they were “inspired,” “uplifted,” and “more hopeful,” by this story of courage and leadership during a difficult time in race relations in our nation’s history– not unlike the social and political upheaval we are currently experiencing in our country!

Chairman Jones has been selected for RiverRun International Film Festival, Winston-Salem, NC.  Screening is scheduled for  Friday, March 31, 2017 at 11:00am and again Saturday, April 1st at 6:30pm!

Chairman Jones was enthusiastically received by a Sold Out! audience at the Durham Arts Council on Wednesday evening, October 20, 2016.  A vibrant reception preceded the screening– the atmosphere was electric.  Sherry DeVries and the DAC graciously sponsored and hosted this memorable event in downtown Durham!

“…The story of your father’s life is so inspiring and uplifting. You honor his memory and legacy beautifully and sensitively…I got a feel of the place, the people and the time and was moved by it all…a truly memorable film.”  —Vicki Scott

Chairman Jones continues to captivate diverse audiences everywhere it screens; and, on July 30, 2016, it captured the Audience Choice Award at the Real to Reel Film Festival in King’s Mountain, NC. 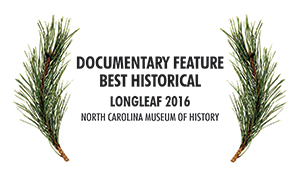 We are absolutely thrilled to announce that Chairman Jones –An Improbable Leader captured the award for Best Historical Documentary Feature at Longleaf Film Festival 2016 on Saturday, May 14th–North Carolina Museum of History in Raleigh, NC. Posted at www.longleaffilmfestival.com. 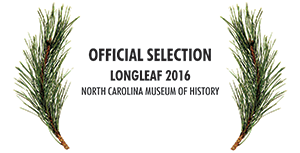 We are happy to announce that Chairman Jones–An Improbable Leader is an Official Selection for Longleaf Film Festival 2016. Our film is scheduled to screen on Saturday, May 14, 2016 at 4:00 p.m. at the North Carolina Museum of History, Raleigh, NC–free to the public. For additional details, visit: http://www.longleaffilmfestival.com.

On Sunday, April 10, 2016 Chairman Jones screened at the National School Boards Association’s annual conference in Boston, MA.   Attendees from across the United States were inspired by the history, lessons, and themes of the film. They enthusiastically  discussed many ways they plan to use Chairman Jones  to benefit both students and leaders in their school districts.